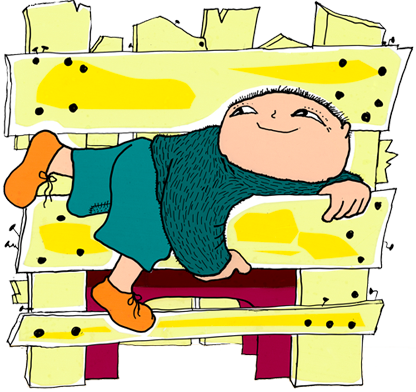 Alfie is an ordinary little chap living with his good-natured, scatty father in a modern suburb which could be anywhere in the world. He is not very big and not very strong. And he prefers not fighting. He is cheerful and full of mischief, but he also has his moments of being angry, jealous, frightened of ghosts…

The books take in most things – from everyday troubles to life’s big questions. Any child can identify with Alfie, which perhaps explains why he is loved all over the world!

In Alfie’s world we also find his friends Milla, Viktor, Malcolm and Hamdi, and of course, Grandma, the cousins and Dad.

In late autumn of 1972 the very first book about Alfie Atkins was published; Good Night, Alfie Atkins. Since 2009 the book is an official classic – represented in Norstedts’ Tusen svenska klassiker and also in 1001 Children’s Books You Must Read Before You Die (Universe Publishing, New York).

Alfie Atkins has never left the Swedish book market. The books has been in print continuously for forty years. The print run totaled 9,6 million copies in about 30 languages (2019).

In addition to the books, Alfie Atkins has also through the years appeared in movies, on television, in a number of different theaters, in musicals and exhibits. 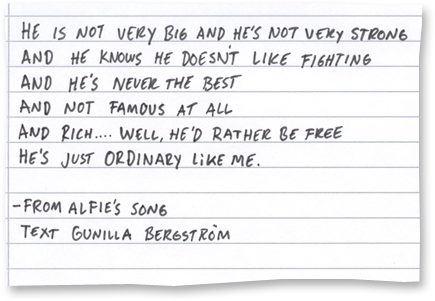 Alfie Atkins’ Cultural Centre was established by a foundation in Gothenburg 2012, a creative centre with activities that are connected with children and child development. Read more here.