Gunilla Bergström was born in 1942 in Gothenburg, Sweden, where she studied at the Institute of Journalism and later worked as a journalist on several of the main Swedish newspapers until 1975, when she became a full-time author. Her first children’s book, Mia’s Dad Moves Out, published in 1971, has been followed by about 40 others, which she has also illustrated.

Gunilla Bergström has been pioneering in many ways, thematically as well as artistically. She was the first to introduce the collage as a story telling device in picture books and the first to write about divorce for children. Very early on in the world of children’s books she used a dad instead of a mom as the primary parent in her stories – Alfie’s dad in the series about Alfie Atkins – and she received enormous attention as the first children’s writer to write openly and candidly about handicaps in her story about Bill and the secret child Bolla. A particular curiosity and a fascination for human beings shines through in both her texts and her illustrations. She prefers to write about the everyday lives of children, about human behavior and psychological situations.

Gunilla Bergström has taken part in a number of joint exhibitions in Sweden and in other places around the world. Among them, the exhibition which toured Uruguay, Brazil and Argentina under the auspices of the Swedish Institute and BUR (the Swedish Council for Children and Young Persons) in 1987-88 and represented in ”Authors who Paint” at one of the Stockholm galleries in 1989. In 2008 she participated in a Nordic children’s book illustration exhibition on the occasion of IBBY (International Board on Books for Young People) International Congress ”Stories in History – History in Stories”. Gunilla Bergström has also had a couple of separate exhibitions.

Alfie Atkins has also made a name for himself in research. The dissertation Synligt/osynligt: receptionen av det visuella i bilderböckerna om Alfons Åberg, was presented by Annika Gunnarsson in 2012 at the Department of Art History at the University of Stockholm. 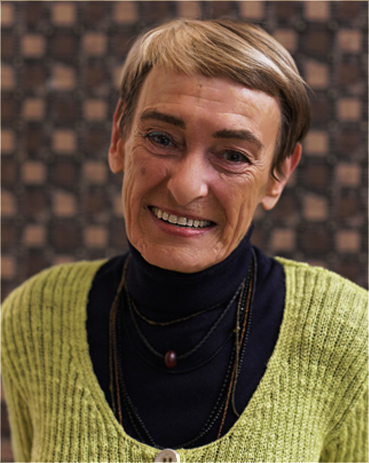 In the Author’s Own Words

“No princesses, adventures or spacemen! No flashy pictures and, above all, no pretty lies! I want to tell true stories about real people, just the way they behave in everyday life. Mini-dramas on a psychological level. It’s about mischief, about missing a friend, about being afraid of ghosts, about getting into fights, the end of Christmas …

The kind of thing every child can recognize. But preferably there should also be room for something imagined, unexpected!

Because in the midst of the ordinary, there is awe, fear, a sudden burst of laughter and The Eternal Questions. We adults have often forgotten about this as we struggle to come up with the rent, food, meet responsibilities; that life is an incredible mystery! Full of possibilities. The things we come up with! There is so much we can do that we never believed! And while wars are being fought, computers are being invented and people are having babies…seasons turn their eternal cycles, the same rhythm for thousands of years…

Reality is fairytale enough. Every day is new. Children know this best of all. It is we, the adults, who have forgotten. I want to tell stories so that children and adults are reminded and can laugh and be awed together. Children who get to charge up on reality and the magic of reality become better equipped. Then different decisions can be made, better fights fought and a warmer atmosphere can be created – when these kids one day come into power. Or ‘only’ become parents…”